The 1950's - Hawaii's economy, dominated by the Big Five and surviving mostly on agriculture and defense spending, appeared to have changed very little in decades. However, looks can be deceiving. Beneath the surface, Hawaii was going through a gradual, but permanent change in the way people lived and worked.

Labor unions were making their presence known by that time as thousands of men and women marched and fought for better working conditions, wages and dignity. Their success, kicked off by the Teamsters and the Hotel Employees and Restaurant Employees, laid the groundwork for the Hawaii of today in which all workers in the islands are guaranteed certain basic rights.

But the men and women who shaped the labor scene in those days were more than just union organizers. They were visionaries, who saw that common people could aspire to live their lives at the highest level. In that regard, they went beyond just creating labor unions and founded an institution that is unique in the entire country - Unity House.

The vision of such people as Art Rutledge, George Kaisan, John Reinecke, James Chock and others, was to provide services to working families that were outside of traditional union activities. These included educational assistance, recreational programs and even financial support. At first, because of limited funds, Unity House could only offer a small measure of help. But, over time, this became substantial. Today, Unity House spends hundreds of thousands of dollars each year to help more than 20,000 beneficiaries with sports, travel, child care and scholarship programs.

The commitment and vision of the early pioneers of Unity House is alive and well as the institution they founded has grown from humble beginnings to a force that makes it possible for many to have a better life.

Founded by the late Arthur A. Rutledge, Unity House Incorporated is a Hawaii non-profit corporation which has been serving Hawaii's people since 1951. Rutledge was eulogized and mourned by lawmakers and union leaders, by friends and foes, and by employers and working men and woman. While everyone had a different and personal view of him, all would agree that he was a unique man whose life's work had left an indelible imprint on the history of the State of Hawaii.

It was Rutledge's destiny that as unionism became a powerful force in Hawaii during the 20th Century; he was present at the creation and became one of the architects of Hawaii's union movement.

While always saying that his goals and objective were only to improve the wages and benefits of his members, Rutledge, when he was successful (and that was most of the time), was always setting a new standard by which all other union contracts in Hawaii were compared. If this were all that he did, it was enough to carve a place in Hawaii's history. But his achievements must be viewed in broader terms. For what he achieved with the creation of Unity House went far beyond the imagination of most of the leaders of his time.

Today, Unity House is viewed as a benevolent organization that seeks to provide a variety of programs and activities for its beneficiaries so that the quality of life will be improved for their families. However, that was not always the case. During his lifetime, Rutledge had many battles about Unity House, what it was and who would benefit. He endured congressional and governmental inquiries and a variety of lawsuits from those who did not share his direction for the organization.

Each time, he prevailed and Unity House, as a result of his financial acumen, prospered. Infact, many of these battles where shared and endured by his son Anthony "Tony" Rutledge, before and after the passing of Arthur Rutledge in 1997.

Rutledge gave much credit to his success with Unity House to prominent employers and business men, such as Henry J. Kaiser, Roy Kelly, Harry Weinberg and Edward Hastings, who helped him understand the business world a lot better, giving him a deeper appreciation of the "bigger picture" and the need for labor to develop more of a cooperative rather than adversarial relationship with management so that Hawaii's industries could continue to drive.

It was this world view that helped guide Rutledge in the development and sale of the Waikiki Marina Hotel, which was owned by Unity House. He built the hotel during the thriving growth years of tourism in Hawaii. It operated successfully for two decades before the demand for commercial properties such as hotels had increased dramatically in the 1980's. Rutledge listened to offers for many years and finally sold just as the real estate market was starting to decline. The hotel sale provided the financial "nest egg" for Unity House so that programs could be offered to beneficiaries.

In his final years, when the scholarships, child care grants, housing and family activities were offered to the beneficiaries, more people now understood his vision and what he was trying to accomplish.

In recognition of the long mutual history with Unity House, UNITE H.E.R.E., Local 5, and the Hawaii Teamsters, Local 996, the current Articles of the Incorporation and Bylaws of Unity House provide that each of those unions has the right to designate one director of Unity House.

In the coming year, as a fitting tribute to honor the memory Arthur A. Rutledge and what he has done, the newly Reconstituted Board of Directors will be exploring various ideas in expanding their programs to its beneficiaries.
ref no:8184 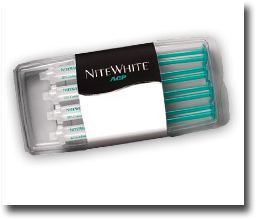